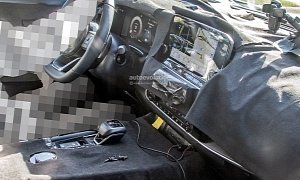 In production since 2000, the X-Trail received a North American brother in the guise of the Rogue in 2007. The second generation arrived in 2013, and next year, a redesign from the ground up will bring Juke styling up front, a longer wheelbase, and Nissan ProPilot 2.0 hands-free highway driving.

8913 More posts in News from Autoevolution.com category
Recommended for you

The Most Flamboyant Rolex Is Not for the Faint of Heart

The pot of gold at the end of the rainbow is not some leprechaun treasure:...