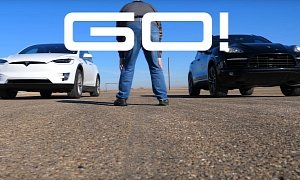 Drag racing a Tesla against any internal-combustion rival is often described as “past vs. future.” However, TFL decided to take it to the next level with a race between a fresh Model X and a used Porsche Cayenne Turbo, so it’s the future versus the distant past. If you own either of these cars, this is a video worth watching.

At first glance, the showdown seems like it heavily favors Tesla. But the more you look int… (continue reading >>)

9417 More posts in News from Autoevolution.com category
Recommended for you

Tweed used to be fashionable back in the day, and for certain events, the woolen...