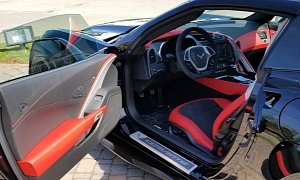 When Chevrolet came out with the C7 in 2013 for the 2014 model year, General Motors made a handful of radical changes to the recipe. But the small-block V8 was still there, and customers could still opt for a good ol’ manual.

The C8 will take things one step further with a mid-engine layout and a dual-clutch transmission, but Chevrolet won’t end there. A twin-turbo V8 inspired by the Blackwing from Cadillac is coming, … (continue reading >>)

5609 More posts in News from Autoevolution.com category
Recommended for you

Two years after saying goodbye to the CC version of the Passat, Volkswagen finally launched...