Electric car maker Polestar recently launched a dedicated mobile app where customers can interact with the company and its upcoming vehicle, the Polestar 2. The Polestar Explore app allows users to place orders and configure their electric car while providing information on the company’s vehicles.

The Polestar Explore mobile app is compatible with both iOS and Android devices. Polestar notes that the pre-order and deposit process are integrated on the app’s interface, with customers being given an option to either opt-in for a “subscription” of the vehicle or a direct purchase. Polestar CEO Thomas Ingenlath added in a press release that the mobile app would be a vital component of the Polestar ownership experience. 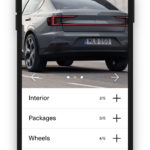 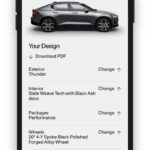 “We are making it hassle-free and easier for customers to engage with the Polestar brand and enjoy their car. From finding out information about Polestar cars, through to subscribing for a new Polestar, all the way to starting your car using our Phone-as-Key technology – everything can be done through your mobile device.

“The addition of the new Polestar Explore app brings our awesome new car configurator to a mobile platform with a simple and engaging interface. At the same time, we continue our plans to create a global network of Polestar Spaces where our customers can visit us in person if they want to,” Ingenlath said.

The electric car maker notes that its only physical stores will be select locations called Polestar Spaces, where non-commissioned employees are tasked to provide pertinent information about the company’s vehicles. This strategy allows Polestar to take a step away from the traditional hard-selling atmosphere of a conventional car dealership, and more along the lines of Apple Stores and Tesla’s remaining galleries.

The Polestar 2 is the company’s first all-electric vehicle, and it is arguably the only other car in the market that can directly compete with the Tesla Model 3. Priced between $45,000 and $68,000, the Polestar 2 can be an alternative to the Model 3, catering to customers who are hesitant to purchase a Tesla-branded electric car.

The Polestar 2 is equipped with two electric motors that produce 408 hp, allowing the fastback to go from 0-60 mph in under 5 seconds. The vehicle is also equipped with a 78 kWh battery pack that gives it an estimated range of 275 miles per charge. It is among the first electric cars in the market that is deeply integrated with Google’s Android ecosystem as well, allowing users of the car to access apps such as Google Maps, Google Play Music, and Google Assistant from the car itself.

The Jaguar I-PACE swept a new round of awards recently at the 2019 New York...