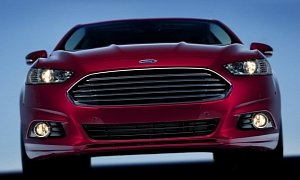 In July last year, American carmaker Ford announced a massive recall involving 550,000 Fusion and Escape vehicles. The cause of the recall was a shifter cable bushing that could have caused the cars to roll away. Nearly a year later, the problem is back.

Share This:
No credit? Poor credit? We can help.

Previous: Would You Stay Inside A Tesla Model 3 For This Long To Win It? Video
Next: Glasgow plans to become UK’s first net-zero emissions city

5008 More posts in News from Autoevolution.com category
Recommended for you

One Florida man can now legally boast about “eat[ing] a*s” on his truck, after he...